[click_to_tweet tweet=”Worth It: How do you feel about making #money? 💲💰” quote=”If you think you have to get net wealth to have wealth, you’re wrong. We believe that fulfilling dreams is about more than money. “][social_warfare]What are you worth?  That can be a jarring question.  We don’t usually start talking about a person’s worth in dollar amounts until they have accrued a great measure of wealth.  So, does worth equal wealth? What if you don’t have a lot of wealth? Are you worth anything?

Make bread. It’s a euphemism for making money.  If we all truly counted our worth in dollar amounts, perhaps a lot more of us would actually try to make money the way we make bread.  Perhaps you’d be down in a basement somewhere with the money-making machine you invented, printing ol’ Benjamin’s face on a bunch of paper slips.  Or perhaps you’d invent a machine to harvest all the money you grew from the money tree you discovered.  Talk about genetically modified!

But no, money doesn’t grow on trees.  And the Bureau of Engraving and Printing pretty much has a lockdown on printing money. So, even if you could increase your worth by literally making money, it’s a risky endeavor.  That’s why the vast majority of people seek to increase their wealth, if not their worth, by finding some other, legal way to make money. 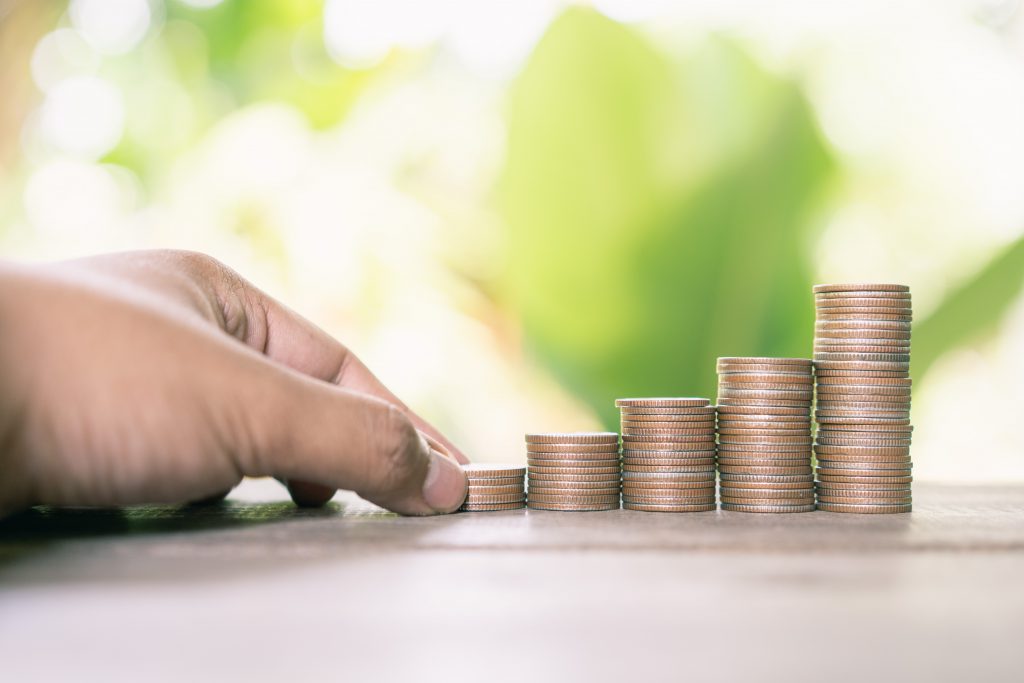 “Millionaires vs Minimum Wage: Did You Earn Your Money?”

Recently, we were fascinated by a video from Jubilee exploring the topic of wealth, worth, how we make money and how we feel about the money we make.  The video brought together “minimum-wage workers” and “millionaires” and put them in a scenario where they responded to statements by stepping forward if the statement rang true for them. Those who stepped forward at each statement sat down to discuss their thoughts and experiences as an explanation of why they identified with the statement.

“I worked for everything I earned.”

Interestingly enough, this first statement brought forward two millionaires. As you might imagine, when they sat down to speak with each other, they found that they had a lot of common ground.  Both seemed to agree that most people don’t recognize the effort and sacrifice it takes to earn a substantial amount of wealth.

The others who stood back and observed the exchange between the two millionaires eventually sat down, and a bit of a discussion began. Each person was very sure of their position, which was based upon their own experience.  They were willing to hear and listen to each other, but only to a certain extent. The millionaires seemed more inclined to take a position of giving advice, while the minimum-wage workers took on the task of arguing cases where common advice had failed.

“I have felt judged for my income level.”

Even though they came from such different positions in life, members of both groups were able to be vulnerable with each other throughout the experience.  At one point, gender seemed to matter more than money. Two women from the “minimum-wage worker” side nodded their head as millionaire Christianna described her romance woes with men who used or relied on her money.  Graham got a laugh when he described in detail how his frugality finds him showing up for happy hour, even if he could afford full price drinks.

“Anyone could be rich if they believed in themselves.”

At this point, the topic of self-worth entered the conversation, and some of the most heartfelt sharing took place.  Neither the millionaires nor the minimum-wage workers all agreed with each other, as might have been expected. Instead, individuals from both sides went back and forth.  It was very clear that some wanted to express that, while self-worth is important, there is more required in order to truly build wealth. Beatriz, a minimum-wage worker, was particularly vulnerable in sharing the frustration and failures that her father experienced. At the same time, Tierra, another minimum-wage worker, expressed her confidence that, if someone believed in themselves enough, that would lead to earning more money. As a group, the millionaires did all agree that self-worth was the basis for whether or not someone created wealth for themselves.

This final question brought on one of the most profound moments of the video. Nearly all participants, millionaires, and minimum-wage workers alike, stepped forward to take a seat at this prompt.  A community organizer named Tim was the only individual who stayed back. After the other participants admitted to one another the various reasons that they felt that they needed or wanted more money, Tim walked up and shared his view.

“I want to see a society in which the money that we have doesn’t determine our possibilities.  My utopian vision…is like a society where money really doesn’t matter.”

Where is your worth?

Whether you are the person working a job and receiving a paycheck, or the employer providing the job and the paycheck, you should know that you are valuable.  While we do tend to blend a person with their bank account once they achieve an enormous amount of wealth, this isn’t necessarily the healthy way for anyone – millionaire or not – to think of their worth.  If you think you have to get wealth to have net worth, you’re wrong.

PayWow will always support entrepreneurs as they pursue their dreams.  That’s because we believe that those dreams are about more than money. While booming business does provide financial security to entrepreneurs and workers alike, there is a fire and energy that successful business provides as well.  That’s why, here at PayWow, we like to handle the money shuffling so that businesses, and business owners, can distribute the real stuff – motivation, innovation, and ingenuity.

If you’re a business owner who wants to spread the wealth of innovation and growth while we handle the details, try PayWow. We cover payroll, tax compliance and time management for your business so that you can focus on inspiration.

Watch the video below!